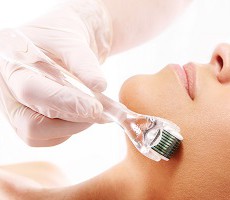 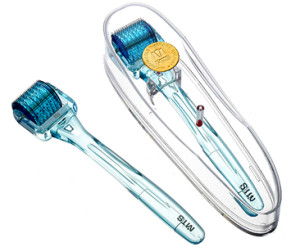 What are Stem Cells?

Stem cells contribute to the body’s ability to renew and repair its tissues. Unlike mature cells, which are permanently committed to their fate, stem cells can both renew themselves and create new cells of whatever tissue they belong to (and other tissues).

Stem Cells are unspecialized (undifferentiated) cells that are characteristically of the same family type (lineage). They retain the ability to divide throughout life and give rise to cells that can become highly specialized and take the place of cells that die or are lost.

What is the connection between Stem Cells and Platelet Rich Plasma?

PRP contains a high concentration of stem cells. These stem cells are able to replenish themselves and have the unique ability to differentiate and become specialized cells i.e. (skin cells with a specific functions).

PRP is plasma with many more platelets than what is typically found in blood. The concentration of platelets and, thereby, the concentration of growth factors can be 5 to 10 times greater (or richer) than usual. PRP contains stems cells that tell the body to produce more stem cells to go to the area they are needed.

Platelet rich plasma is obtained by drawing one small vial of blood, which is then placed into a table top centrifuge and spun at a high rate to separate platelets from other blood components. This PRP (clear to slightly yellow in tint) is a direct extract of your own blood and therefore devoid of any risk of adverse or allergic reactions. Stem cell therapy appears to restart the process of growth and healing to some organs.

Once introduced back into the injured site, the platelets then release more growth factors and signalling proteins that basically tell the body to send in the stem cells and create the healing process.

The stem cells by themselves are not capable of repairing the area, they need to be directed, and the platelets are considered to be the directors in this cellular process.

With PRP, your stem cells will then have a directed response to the site of injury and be able to repair damaged structures. 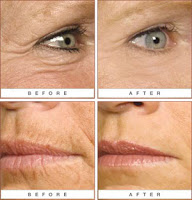 Medical Micro-Needling is a form of Collagen Induction Therapy (CIT). The idea behind CIT is similar to that of many other non-surgical skin-tightening procedures in that it aims to create a controlled injury underneath the skin’s surface, thereby inducing the body to respond through the formation of new tissue layers of elastin- and collagen fibres (neo-collagenesis) as well as new capillaries for an improved blood supply (neo-angiogenesis) in the treated area. The skin plumps and thickens in response to this stimulus, ultimately reducing the appearance of scars, and fine lines and other skin texture changes.

In addition to CIT, the channels made from the micro-needles allow topical gels and creams to be absorbed more effectively through the top layer of skin.

Recovery after this treatment depends on the length and density of the needles of the rollers used. The skin will be pink or red in appearance for 24-48 hours, much like sunburn with some minor bleeding and very occasionally some mild bruising. The skin may also feel warm, tight and itchy for a short while. Generally the inflammatory reaction of the skin is overall usually short and fades significantly after a couple of days on average, depending on the skin colour of the individual. Patients with a more sensitive skin type or older patients may take upwards of one week to fully recover.

It can take between 6- 8 weeks before visible signs of skin regeneration are seen and the process will continue to evolve over the ensuing months providing a gradual improvement. Although a single treatment can provide a noticeable result, ideally however a series of 6-8 treatments spaced about 6 weeks apart, is recommended to achieve optimal results. 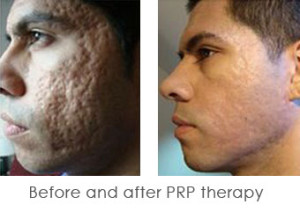