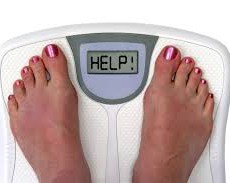 Myth: Losing weight slowly, rather than quickly, ensures you’ll keep it off.

Fact: Research simply doesn’t support this claim, though you can find it spouted anywhere from respected weight loss websites to national TV shows. In fact, research supports the opposite claim: Rapid weight loss, especially initially, has been shown in clinical trials to lead to greater weight loss and maintenance. This effect has been shown time and time again, both with the help of medications and without, and also in surveys of people who had lost more than 10 percent of their body weight and kept it off a long time.

Fact: This notion comes from the belief that if you set unrealistic goals and fail, you’ll be discouraged and give up. In fact, many research studies have found no correlation between how aggressive weight loss goals are and the success of weight loss efforts. On the other hand, a few studies have found that when people have a target weight in mind, they might not achieve that weight but end up losing more than people with less aggressive goals.

Fact: To determine whether this is true, researchers compared students with regular physical education classes and those without. No difference in body mass index was found. Anything that gets children moving is a step in the right direction, however, and the researchers said that PE classes were falling short and suggested a curriculum where children get more activity than classes currently offer.

Fact: This claim has been around for over 100 years and is still held to be true by certain government bodies. While breast-feeding has many proven benefits, any claims of its effects on obesity have little or no scientific support. Two studies have found that breastfed children have lower BMIs, but this correlation disappears after age 1 in one study, and age 7 in the other. Further, randomized trials cannot be done to prove this definitively due to ethical concerns.

Fact: Many people are told to weigh themselves on a weekly basis or use the fit of their pants to assess progress, perhaps because the number on the scale can have a negative psychological effect. The truth is that the more you weigh yourself, the lower your body weight is likely to be. This daily weighing effect has been studied in randomized trials. Time and time again, daily weigh-ins have shown to positively influence weight loss or lead to lower BMIs.

Myth: Obesity is unrelated to genes, and it doesn’t run in families.

Fact: This one’s tricky, because no “fat gene” has yet been isolated. The UA researchers note, however, that several studies link the obesity epidemic to family trends in the U.S. Heavier people are more likely to marry and have kids with other heavier people. They are also more likely to have more children and have heavier children. 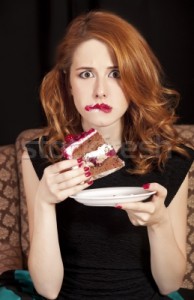